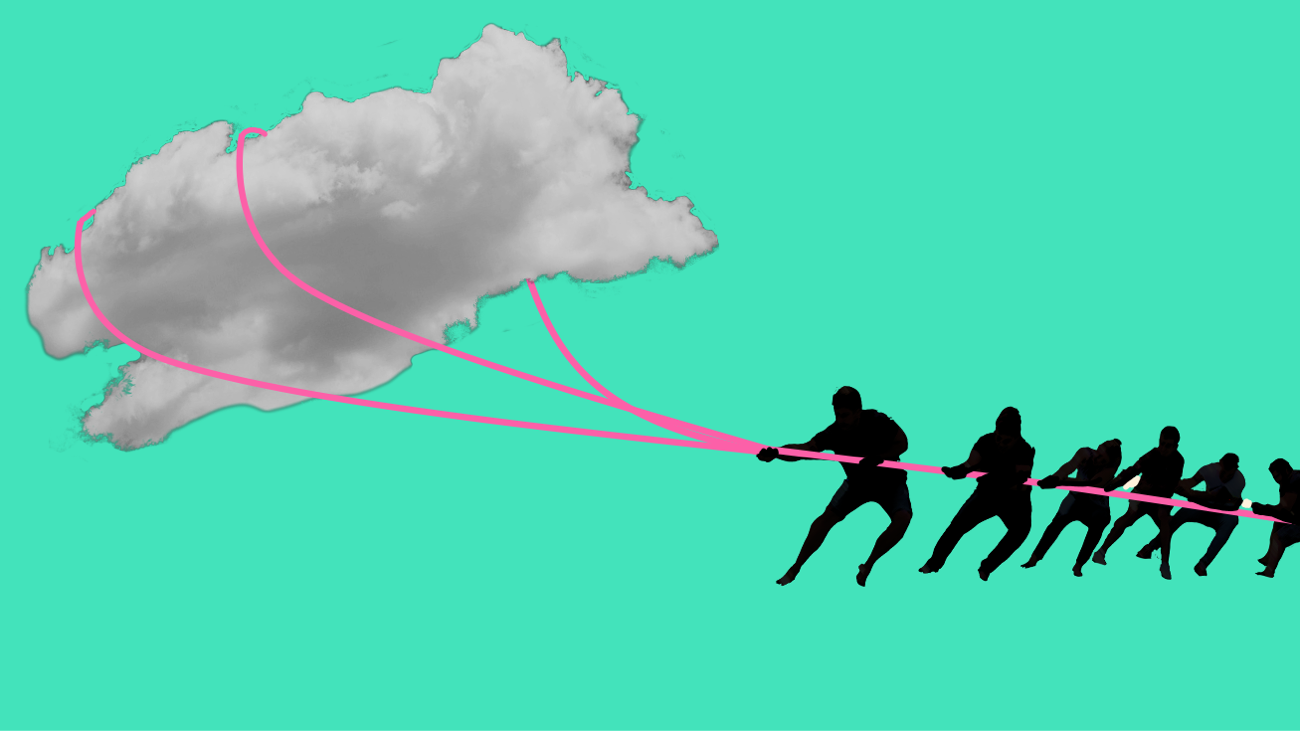 01 Jun Let go or be dragged

Years ago, I was enrolled in a literature course with one of my favorite professors in college. His seminars were pieces of art in themselves. He was a master storyteller. Every class he would take our discussion deep into a forest rich with non sequiturs and incredible anecdotes before springing, almost miraculously, back to the main path and an unexpected revelation. One day, in the middle of an Emily Dickinson poem, he paused, rubbed his eyes, and squinted past the classroom windows.

“I want to go around the room now. Describe what your life will look like ten-years’ time. Where will you be?”

We obliged, with all the cluelessness that a dozen 20-year-olds can bring, citing graduate school and clerkships, imagined children, and international locales, each of us nodding intently. When we were done, he looked back at us in silence. Not one of us had even hinted at the setbacks, traumas, losses, and failures we’d surely endure, he explained. How could we think that we’d be able to avoid those? But, more importantly, how could we think that those challenges wouldn’t also be important to shaping what we would become? Change, often of the wrenching and painful variety, holds all the cards.

He wasn’t scolding us. He was demonstrating how easy it is to look into the future with dangerously irrelevant expectations. It seems that before we can even tie our shoes, we already have begun practicing long-term thinking. It’s a tremendous tool—held by many as the most important method to envisioning and creating a good life. Yet life rarely gives you the things you think you’ll need. In retrospect, few of us enjoy the luxury of a straight line. And those that do may arrive first to their spot only to realize that the glorious destination wasn’t anything like they’d imagined it to be. From almost every corner we’re trained to carry cognitive biases that promise us a uniform life. And then we’re forty years into it and find only chaos and chance. And for many, this gap between expectations and reality isn’t a challenge or frustration so much as it is a deep wound that refuses to heal.

Change, often of the wrenching and painful variety, holds all the cards.

There’s an old Buddhist proverb that often gently knocks on my mind when I need it most: “Let go, or be dragged.” I can’t think of a more compact piece of wisdom. As I understand it, many Buddhists teach that the source of much of our daily suffering comes down the gap between our expectations of the world and how the world actually is. And for many of us the gap can become a canyon when it comes to our careers. “I should be farther ahead than I am.” “I’ve wasted the last five years at this company.” “I spent years perfecting this skill and now it’s obsolete and my career is over.” In fact, the Buddhist term “suffering” is also translated by as “unsatisfied-ness,” or the restless churning that accompanies an unsatisfied desire. These are the thoughts that drag us down.

The drag is the insistence that the world should be a certain way. It’s the indignation that comes when change springs forward and lights your beautiful plan on fire. It can push us into mazes of reflective, harmful thinking where we replay what we perceive to be a lifetime of bad decisions and missed opportunities. Drag can get also get us stuck in unhappy jobs (or relationships) when we are too paralyzed by the fears of change, losing, pain, and the risk it takes to escape them. But that’s a slow death—and a painful one.

Drag can get also get us stuck in unhappy jobs (or relationships) when we are too paralyzed by the fears of change, losing, pain, and the risk it takes to escape them. But that’s a slow death—and a painful one.

To let go is to, well, let go. And I’m not only speaking about the past plans you’ve held, but also the past selves.

One of my close friends, Ricky, still feels this way. There are moments, maybe once a year or so, that he falls into a hole of his own making. Depression comes over him like a raincloud. He shrugs his shoulders, pointing back many years ago to when he had dropped out of college and his loneliness and disenchantment led to self-destructive behaviors. “I guess this is just who I am,” he’ll say, as though his alias had been blown and he’d been found out. Yet it’s been many years since this nadir point of his life, and he’s grown in truly remarkable ways, going from working part-time at Kohls and struggling to meet basic adult responsibilities, to thriving with a wife, a new-born child, and a good job where he feels fulfilled and respected. “What gives you the impression that you’re the same person as you were 15 years ago?,” I ask.

Ricky, like many of us, has actually been many Rickies throughout his life. In this way change is not only inevitable, but should be greatly revered as well. New experiences, challenges, and environments add new definitions to who we are at our core. It’s just that for Ricky—for whatever reason—this specific moment in his life has buried itself deep in his mind as the only definition of who he ever will be. Like an old cassette tape he finds buried under the car seat, he pushes it back into the stereo and sets it on repeat, sinking into the music as though it was always the only soundtrack to his life. But it really isn’t—and it never was either.

Like my friend Ricky, we can fall into old patterns of thinking, and feeling, that seem as though they must be correct. For him, the pain of that period still lingers, even if he’s grown positively over many years. My advice is to just simply “let go,” because the drag he feels is real. What emotional machinery he’d built to survive a troubled period isn’t necessary any longer. It had done its job and now was nagging him.

But I know that simply “letting go” can be much harder than it seems. Often that’s because we conflate “letting go” with erasing, renouncing, or actively disdaining the thing that once held power over us. But that’s a tall order, and one that calls for a kind of totalizing process few of us could commit to. Letting go simply means loosening the grip of power an emotion, an expectation, or a memory has on us. We don’t need to burn the library, or wipe the computer drives clean. All we need to do is simply acknowledge it and move on. Retrieve the tape, listen to it, and then pack it away.

Ricky’s story shows that change always has a reverse and an obverse. Most of us assume that our fear of change stems from our anxiety about the future, and facing unfamiliar circumstances with which we don’t know the outcome. But change also harkens to what we will lose: the kinds of selves we might have to say goodbye to, and the methods of ragged, unhandsome, or even harmful living we’ve engaged in just to survive. Change does bring loss. But maybe it’s okay to lose the things that have brought you down.

Change is agnostic. Whether or not you’re evolving into something better or deflating into something worse depends only on how you approach change and transitions. Had Ricky been in that literature course with me, he would have been guilty of the same pollyannish fantasies that we all shared.

Change does bring loss. But maybe it’s okay to lose the things that have brought you down.

When he flunked out of college, so went his aspirations to become a studio Jazz musician. All those late nights cruising around in his busted minivan as he prattled excitedly about which exotic locales his music would take him to—those dreams dropped off the cliff of his self-destruction too. We can be prepared for change or totally unprepared. In either case, the only thing that matter is how we respond, adapt, and ultimately thrive after it. Though Ricky wouldn’t pick up his trumpet ever again, he had the benefit of years of improvisation. To take what life has given you and make it into something beautiful is a superpower many are still struggling to master.

Measured against the Ricky who had dropped out of college, he would unrecognizable—certainly not living whatever dream he’d carried then. But measured against himself, today, he was doing well and doing good. The failures and misery he had endured were prologue to the life he is living now. The great fissures that grew between his old self and the new self he’d built wasn’t anything to lament, but instead marked the passage of time and experience.

No one knows where they will be in 10-years time. And I’d argue that this is, by all meanings of the word, particularly humane. What hubris it takes to tell the future or to try to conform one’s life to it. What humility we must all practice to seek out the change, to be dragged into valleys of despair, and then, to let it all go. What we ever have are the choices that open in front of us and the sacred, growing set of values by which we set our horizons.