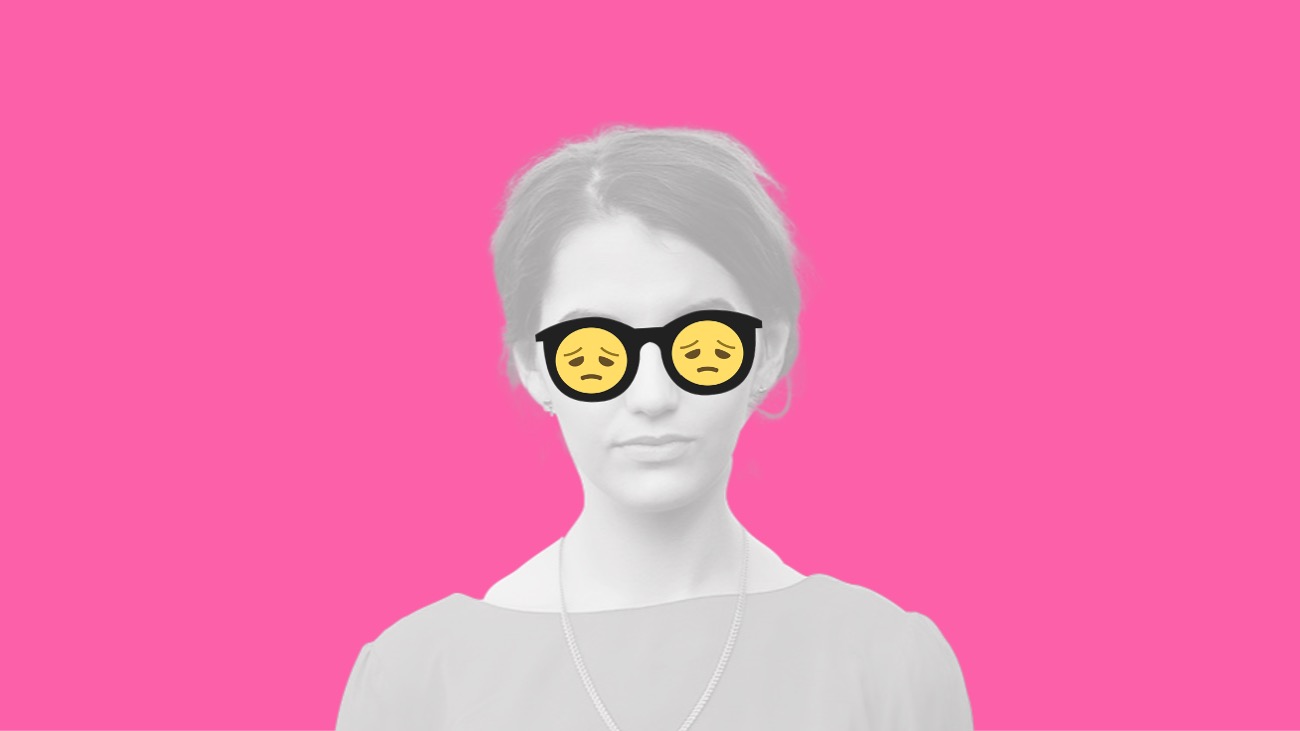 You hand your wife her special birthday gift. She claws into the wrapping paper with glee. But as you watch on intently, her joyful smile collapses into a snarl of anger scented with pain. Oh no, she detests the expensive Saudi wrinkle creams you bought for her on Instagram. Your soul lifts above your now catatonic body. You have utterly biffed it.

While you may want to believe that your wife is insane, research argues her behavior is not only sane but predictably human. Her lingering resentment is fueled by her Negativity Bias, a cognitive concept that has become central to behavioral psychology over the last few decades.

After some three-million-odd years of human evolution, our brains developed to find and fixate on certain negative thoughts, events, and relationship cues. There were good reasons for this instinct: well before humans triumphantly sent a pepperoni pizza to space, our early hominid ancestors were just one of many Pleistocene mammals competing for survival in the food chain. As complex beings, we had to manage both environmental threats from beyond our tribe and social ones from inside the village too. Those humans who were more finely attuned to these myriad risks stood a better chance at anticipating and avoiding them—and thus passing their genes on to the next generation.

The problem is that us humans are quite precocious. Just as our big brains developed far faster than our childbearing hips could allow, our inventions of civilization, globalization, industrialization, and modernity have all far outpaced the evolution of our amygdala (where scientists now believe these instinctual habits reside). We’re stuck with mammalian hardware. From a somatic perspective, a terse email or a shocking headline might as well be soft rustling in the tall grasses or a lightening crack on the horizon. While that email certainly won’t eviscerate you, your adrenal glands might not know otherwise.

This fact forms the rationale for the Gottman Ratio. In a study of 2,000 married couples, psychologist John Gottman found that any single negative interaction could only be reconciled by five positive ones. Hence why those Saudi wrinkle creams linger as a dark stain on your marriage.

But negativity bias tinges our public spheres in even more damaging ways. From social media and 24hr broadcast news, to political propaganda, and gossip, all of these media have come to exploit our fears like spinning silk from a grub. Take a recent example: researchers have found that a whopping 91% of U.S. news stories on the pandemic were negative in tone in 2020, compared to just 64% of scientific journals (and 54% from international outlets). Indeed, a number of researchers have shown just how biased towards negativity media coverage can be. Every targeted headline, post, and soundbite are designed to tap into this innate river of negativity.

From a leadership perspective, the harm that negativity bias inflicts on an organization may be immeasurable. As I’m often fond of repeating, great leaders must be skillful psychologists. Unless your business functions purely by algorithm, your job is essentially to nurture effective relationships between people by anticipating how others think, feel, and behave. Negativity bias is at the heart of our human psychology—and left unchecked can lead organizations and leaders to disastrous consequences.

a whopping 91% of U.S. news stories on the pandemic were negative in tone in 2020, compared to just 64% of scientific journals (and 54% from international outlets).

Did you catch my negativity just there? A sharp headline or hot Twitter polemic are obvious. But negativity bias is just as pervasive in the workplace—if only much more subtle. The research bears this out. For example, management psychologists have found that the trustworthiness of an entire team usually hinges on its least-trusted member—regardless of the goodwill and integrity of everyone else. In matters of negativity, the whole is not greater than the sum of its parts.

While pessimism may be clearly legible on an app, it can be harder to read when speaking with a colleague, reading an email, or looking through the most recent performance numbers. In a study of open-ended employee survey responses from a large military organization, researchers found that 57% of the feedback was negative, compared to only 18% positive feedback (and 26% neutral). These results are so typical that organizational psychologists have coined this phenomenon Positive-Negative Asymmetry. Just as it sounds, this is the bias that we often give to negative thoughts over positive ones.

These results shouldn’t be too startling—only a few Yelp reviews can prove just how motivating negative experiences often are. From an organizational perspective, this can mangiest as misconstrued feedback. Senior leadership might take all 57% of the negative comments as proportionately representative of employee sentiment, making large-scale changes such as removing leaders and canning entire programs when they may have been better advised to make only small-scale changes. While technically accurate, the feedback might have been overweighted. You need not amputate a finger to fix a hangnail.

For years, social scientists have seen these kinds of asymmetrical reactions from the C-suite. In a recent meta-analysis of over one hundred scholarly works, researchers found that when organizations exceeded their performance goals they tended to enjoy the profits without much thought on their success. When organizations missed their targets, they devoted many more resources to finding and fixing the problem. The point is that leaders often react very differently to failure than they do to success and it’s not necessarily deliberate nor beneficial in the long run. We can thank negativity bias for that.

Leaders often react very differently to failure than they do to success and it’s not necessarily deliberate nor beneficial in the long run. We can thank negativity bias for that.

Let me reframe this point: senior leaders tend to make big changes when things fail—but not when they succeed. I’m not sure that’s the best approach. We know that people tend to feel headwinds in life and business much stronger than they do the tailwinds. That’s why, as I often ask in my coaching, if you think of yourself as rational and evidenced-based in your decisions (don’t we all?), then why would you overweigh bad news for good news? The assumption that many of us make—C-suite included—is that we can’t learn anything from success. But that’s not meaningful thinking: it’s just positive-negative asymmetry at work.

Leaders need to be attuned to the psychic power of negativity. But fixing these issues isn’t about hyper-vigilance. While dangers may lurk everywhere, so too do opportunities and transformations. We forget about this—not just because of our cognitive biases but also because of the failure of our imaginations. It is much easier to spin fantasies about ruin, mistakes, failures, and conflict. Isn’t this what every film, novel, and nightmare is ultimately about? But it requires very different thought patterns to see the world in a positive way.

We will take a look at this kind of optimistic reframing next.